“The Church of Fayetteville” was organized in the fall of 1812 and met in the log courthouse. In 1832, a building for the “Fayetteville Presbyterian Church” was erected on the present site. Nineteen years later, this building was destroyed by a cyclone, and that fact is recorded in one of the old Session books by Clerk John Morgan Bright: “February 24, 1851, between the hours of four and five o’clock this instant, it pleased the Almighty to loose the winds of heaven, and our church was crushed to its foundations. The dismembered fragments remind us that we have no abiding city here below.” 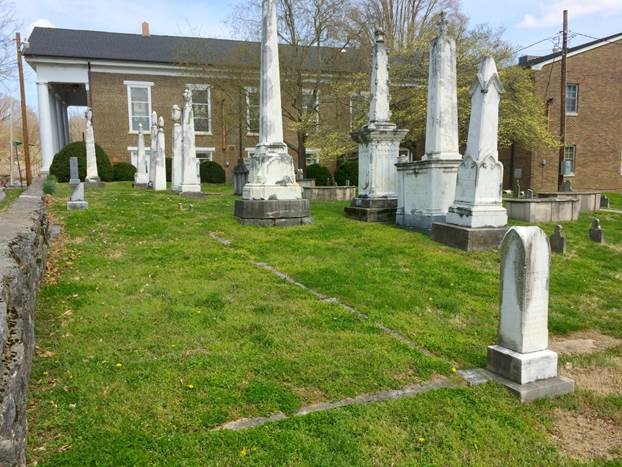 The old part of the present building was erected from bricks burned on the spot, and dedicated on September 17, 1854. Oral tradition is unanimous in saying that the Union Army used the upstairs of the building for a hospital and the basement as a stable, during the Federal occupation of Fayetteville. It was May 3, 1908 that the Session met and officially changed the name to “First Presbyterian Church of Fayetteville, Tennessee.”

In 1910, the stained glass windows were placed in the Sanctuary. The pipe organ was installed in 1917. In the same year, the front of the Church was extended twelve feet and the original two columns replaced by four columns. An educational wing with kitchen and fellowship hall was added in 1967. The most recent addition, including a Family Life Center, with a multi-purpose fellowship hall, library, kitchen, parlor, and additional classroom wing, was completed in 2004.